Not a member? Join Here. Find and click on your name.
All Classmates
Classmates I'm following
Sort by:

HAPPY BIRTHDAY, BONNIE!! We pray that your birthday is full of joy!! Bob & Jeanne

Tina! It was fun to watch you in action on any field. Thanks for the memories!

HAPPY BIRTHDAY, LINDA!!! IT WAS SO MUCH FUN CELEBRATING YOURS AND CORRINE ISAAC SMITH’S BIRTHDAY WITH YOU ON SUNDAY AT THE CYC!!! YOU’RE STILL A HOOT!!!?? JEANNE

Kathy Riley, you have been an outstanding friend. Thank you.

Hey, Patty, professional skater, I recently went back to RR rink, determined to re-live the past. . .
Ask Hal Murphy about my stunt! Hope you are well!

Donna, in high school we shared the same homeroom, and we fell for guys we married. You were blessed with children and grand children in your 54 years together. As you work through the pain, smile at your memories together. I am sorry for your loss.
A Big Hug, Susan Blouch 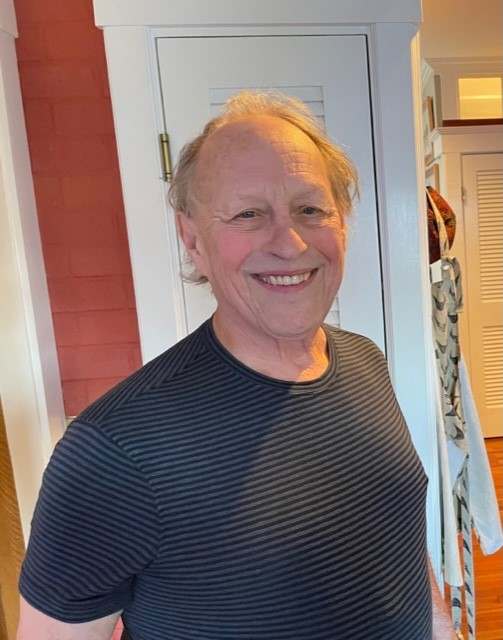 Todd Koster died of pancreatic cancer May 15.  He is survived by his wife Cindy and their children Thomas and Amelia.  Although he did not graduate with the Class of 65 many of us remember Todd as a fellow classmate from Wooster elementary school through our sophomore year when his family moved to New Jersey.

They enjoyed a life of “lively adventures”.  We stayed in touch over the years as they crisscrossed the country.  They eventually moved to San Francisco in the mid 70’s where we were able to see them more often.  Todd invested in residential real estate over the years and had a flare for home improvements.  He became very talented in designing and building custom cabinetry and fine furniture in a style that was all his own, which Cindy felt was his true calling.

One of the many things that made Todd unique was his sense of humor.  He had a way of telling stories about himself and others that would draw you in and always seemed to have a sarcastic or ironic twist or humorous ending.

Some of the stories had to do with our early years growing up in Rocky River.  There were countless ones, but the favorite was our 120-mile bicycle ride to Cedar Point and back in one day when we were 13 years old.  There were three of us - Warren Whitney, Todd and me.  I mentioned this funny story in my comments in memory of Warren recently.

Warren lived next door to me. Todd lived on the next street.  We all had morning paper routes.  We came up with this great idea to ride our bicycles to Cedar Point after our paper routes.  Warren had a little league game that evening, so we had to get an early start.  We didn’t realize how far away Cedar Point was nor how long it would take to bicycle there and back.  But what the heck, it sounded like a great idea, and we were 13, right?  Warren had a new Schwinn 10-Speed, I had a Schwinn 3-speed, and Todd had a one-speed, the kind with fat tires.  Todd would always get a good laugh about that.

We got off to an early start right after we delivered the papers.  We took Lake Road all the way out.  After peddling for several hours, we finally got to the toll plaza where we left our bikes and hitchhiked across the causeway to Cedar Point amusement park.  It was late morning by then.  We were so tired we sat in the shade and drank the biggest Coke we could buy.  Then, we realized we had to head back.  Warren had a little league game that evening.  So, we headed back knowing the ride was going to long and tough because the wind had picked up.  We peddled for what seemed forever and finally got back late in afternoon.  Todd and I headed home, probably went to bed, but Warren had to get changed for his little league game.  He was the starting pitcher.

Our parents probably thought we were just out for the day.  Of course, we didn’t tell them beforehand because we knew what they would have said.  In later years it was an adventure that all three of us had fun recalling.

There were so many more adventures we shared, and we never got tired of talking about them.  Todd’s retelling always added more color and nuance that made the stories so much more entertaining.

I recall a movie in 1986 called “Stand By Me”.  It was a coming-of-age movie about three young teenage boys.  It was narrated by Richard Dreyfus and a recollection of his youth.  The movie ended with Dreyfus saying, “You never have friends like the friends you had when you were 12 years old”.  That was certainly true with Todd and me.  I’m going to miss him.

I’m sure many of you feel the same way with friendships you’ve kept all these years.  It’s seems like so much time has gone by, but on the other hand it hasn‘t.  There’s always a special connection and something to be cherished… and remember.

I was in the A & B homeroom as well.
Beth had a quiet presence about her and my sympthathy goes to her family.

Roger Bacon
Roger Bacon has left an In Memory comment for Todd Koster.

Happy Day, Timmy! I am moving from the Presidential Apartments to a retirement community, Kendal at Oberlin, on June 1st.