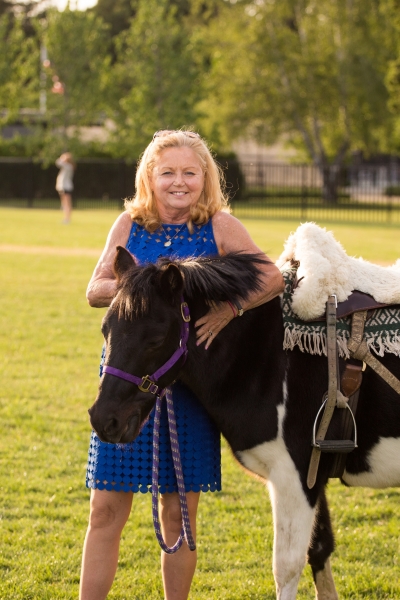 Judith (Judy) Kooker Paulus peacefully passed away on March 3, 2018 in Menlo Park, CA. She was the devoted mother of her daughter Brittany M. Paulus. At the time of her death, she also had one granddaughter.

While completing her doctoral work at SAIS and writing her doctoral dissertation, Dr. Paulus worked as a consultant for the Hudson Institute in Paris, France, advising European clients on key economic, trade, investment and financial issues. She then served on the senior international staff of the U.S. Treasury Department, in Washington, DC, again advising on international trade, finance and economics. Among her corporate positions, Dr. Paulus has served as Director, Civic and International Affairs, of Sara Lee Corporation in Chicago, IL, reporting to Chairman and CEO; Vice President/Director of Strategic Planning and Vice President/Chief of Staff, for Consumer Banking with Citibank’s National Marketing Division; and as Corporate Director, Communications, for FMC Corporation headquartered in Chicago, reporting to the Chairman of the Board and Chief Executive Officer. Dr. Paulus completed her career back at her alma mater, Stanford University, serving as Associate Director, Media and International Affairs, for Stanford’s Freeman Spogli Institute for International Studies (FSI), 2005-2012. Her responsibilities comprised institute publications, including FSI’s Annual Report and its news/policy publication, Encina Columns; the media, nationally and internationally, such as the appearance of Stanford faculty and scholars on CNN, ABC, NBC and the BBC in London, along with NPR and San Francisco’s KQED Forum; public outreach; and cooperative endeavors with other leading public affairs organizations, such as the Council on Foreign Relations in New York. Upon retirement, Dr. Paulus engaged in the campaign for the Presidency of the United States, and followed current international affairs at Stanford University. She also followed her passions for Polo, country & western music and more recently spending time with her granddaughter.